Oxiracetam is a synthetic nootropic that was first produced in the 1970s. It is used to help people improve their cognitive functions. Younger people may use it to increase their ability to perform at school or during work, whereas older people can benefit from taking it because it helps to prevent the development of neurological diseases like dementia.

Like other nootropics in the same family, oxiracetam can provide an assortment of different benefits. It can increase cognitive performance across the board, and also has some unique stimulating properties that separate it from the other compounds of its class.

These are some of the most commonly asked questions regarding oxiracetam.

How long does oxiracetam last?

Oxiracetam has a fairly long half-life of around eight hours. Many people find that a single dose is enough to provide benefits all day.

Where can I buy oxiracetam?

There are many places that you can purchase oxiracetam. The only place that we can recommend in good conscience is cerebra nootropics. Since we verify the quality of the products ourselves, this is the only company that we can say for certain provides quality oxiracetam.

Like most cognitive nootropics, oxiracetam doesn’t have that much of a feeling associated with it. You’re certainly not going to get high. You may notice an increase in the clarity of your thinking and a slight sense of motor stimulation.

What does oxiracetam do?

Oxiracetam causes changes in a number of different neurotransmitter systems in the brain. These changes increase the flow of information and communication between cells, thereby improving cognitive function.

Oxiracetam has its own unique way of interacting with the brain, just like every other nootropic. It does share some similarities with the other nootropics in the same class, though, in the way that it interacts with the cholinergic system.

This system is highly involved in memory formation and is often the target of nootropics designed to increase intelligence and memory. Oxiracetam also interacts with the glutamate system.

Some of the benefits of these interactions include:

Piracetam is the gold standard of the nootropic industry, or at the very least, of the racetam family. It’s often used as a benchmark to compare other nootropics

Oxiracetam is also believed to have a more powerful effect in fighting dementia due to its ability to more effectively work with the cholinergic system.

Even though noopept isn’t actually part of the same family as oxiracetam, people commonly assume that it is. It does share similar functions, especially in the way that it interacts with the cholinergic system. However, aside from this, it is quite unique.

The most obvious difference between the two compounds is the potency. Noopept is extremely potent. When taken properly, that is, sublingually, dosages rarely need to exceed 3 mg. Oral doses are usually around 10-30 mg.

Despite this high potency, noopept is easy to synthesize and therefore available for cheap. Oxiracetam is not nearly as potent as noopept but it’s also not nearly as cheap.

Regardless, you may find that oxiracetam produces effects that last a bit longer. Its stimulating nature is also more apparent which might make it more useful for late-night studying when you need an extra push to keep you awake.

Even though there’s no specific interaction that should create problems when combining oxiracetam with alcohol, you might still want to avoid this combination.

Since oxiracetam is stimulating, you’ll be able to consume more alcohol than you would normally before feeling its negative effects. This means that you’re more liable to develop alcohol poisoning without even realizing it. In addition, since oxiracetam is a cognitive booster, neither you nor your friends will likely realize that you’re drunk because your speech should remain clear and articulate.

This might sound like an obvious benefit to you, and in some senses, it is. However, you must also note that oxiracetam can reduce the pleasurable benefits that one normally receives when drinking or using drugs that influence the GABA system in the brain.

GABA is an inhibitory neurotransmitter that serves to dampen the function of glutamate – one of the chemicals that oxiracetam helps the brain utilize. As such, combining alcohol, which releases GABA, with oxiracetam, a substance that helps produce glutamate and reduces the effects of GABA, is somewhat redundant and potentially dangerous.

Even though the pleasurable, gabaergic effects might not be as apparent, you’ll still be subject to the physical health problems associated with alcohol. If you’re very responsible with your drinking and aware of how nootropics can interact with alcohol, you should be fine. Just make sure not to go overboard. Stay within your regular drinking limits, even if you feel like you can handle more.

Oxiracetam is a powerful nootrpoic that enhances memory, verbal fluidity, and focus. It’s more stimulating than some of the other racetams (although not as intense as phenylpiracetam) and lasts for around eight hours.

If you’re interested in trying out oxiracetam don’t hesitate to check out our store. We offer lots of high-quality nootropic products. 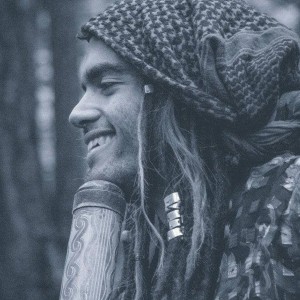 Nigel Ford is a practicing herbalist who has been studying pharmacology for many years. He works as a research author and aims to educate people about the biological and psychological actions of natural and synthetic substances.